The organizers and ICLHE are delighted to announce three outstanding keynote speakers for the 7th ICLHE Conference 2022. 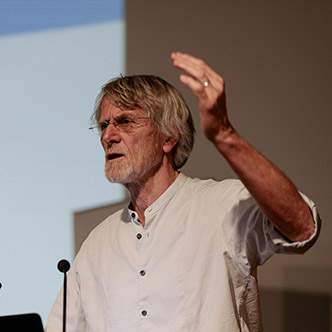 He is a member of Belgium’s Royal Academy of Sciences and a Fellow of the British Academy. He was awarded the Francqui Prize in 2001 and the Arkprijs voor het Vrije Woord in 2011. He is one of the founders of the Basic Income Earth Network and chairs its Advisory Board. He is (with Alex Housen and Nell Foster) the coordinator of the Marnix Plan for a Multilingual Brussels and (with Paul De Grauwe) of the Re-Bel initiative (“Rethinking Belgium’s institutions in the European context”). An opinion piece he published in May 2012 under the title «Picnic the Streets» triggered the civil disobedience movement that led to the pedestrianization of Brussels’ central lanes.

His books include Evolutionary Explanation in the Social Sciences (Rowman & Littlefield, 1981),  Qu’est-ce qu’une société juste? (Seuil, 1991), Marxism Recycled (Cambridge U.P., 1993),  Real Freedom for All (Oxford U.P. 1995), What’s Wrong with a Free Lunch? (Beacon Press, 2001), Just Democracy. The Rawls-Machiavelli Programme (ECPR 2011), Linguistic Justice for Europe and for the World (Oxford U.P. 2011), After the Storm. How to Save Democracy in Europe (Lannoo 2015, ed. with L. van Middelaar), Basic Income. A radical proposal for a free society and a sane economy (Harvard U.P. 2017, with Y. Vanderborght) and Belgium. Une utopie pour notre temps/ Belgium. Een utopie voor onze tijd (Académie royale de Belgique/ Polis, 2018). Prof. Van Parijs gave a wide-ranging interview during the ICLHE Symposium 2021. On Friday 21 October 2022 at the Conference he is scheduled to give a keynote panel talk rounding up the issues raised during the Conference as well as an indication of directions for the future. 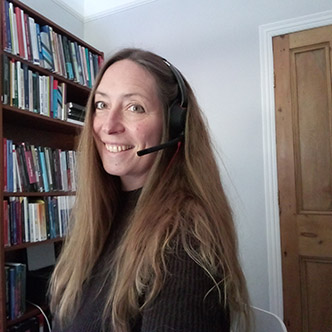 Anna Kristina Hultgren
Anna Kristina Hultgren is Professor of Sociolinguistics and Applied Linguistics and UKRI Future Leaders Fellow at The Open University, UK. She is currently leading an interdisciplinary project funded by the UK Research and Innovation on English as a Medium of Instruction. With collaborators at six European universities, the project seeks to apply theories, methodologies and concepts from political science to arrive at a deeper understanding of why universities increasingly teach in English. Kristina serves on the editorial boards of the Journal of English-Medium Instruction, the Journal of English for Research Publication Purposes, the Journal of Applied Language Studies and the Routledge Studies in English-Medium Instruction. Prof. Hultgren gave the opening interview during the ICLHE Symposium 2021. At the Conference in 2022, she is scheduled to give a plenary talk on Thursday 20 October 2022.